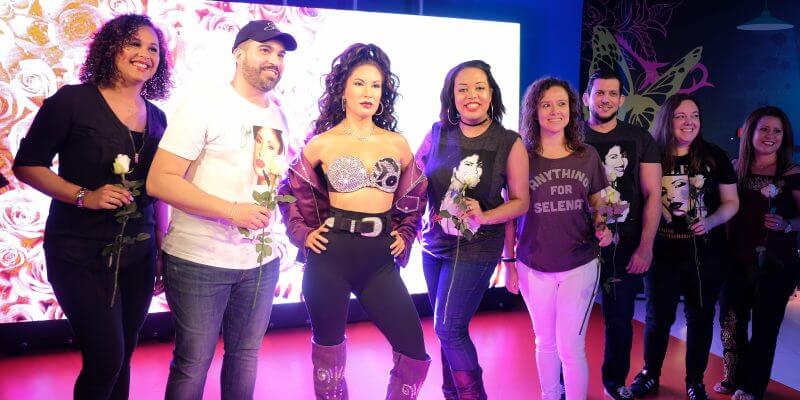 The musician famous for the hit Latin songs “Dreaming of You” and “Como La Flor” has arrived at Madame Tussauds Orlando.

Selena Quintanilla, the famous American singer, songwriter known for being the top selling Latin artist of the 1990s, was first brought to life in the form of a wax figure at the New York and Hollywood Madame Tussauds museums and now she has been brought down from the New York location to make her debut in Orlando. Due to all of the excitement of the wax figure’s debut in Orlando, Madame Tussauds Orlando decided to hold a contest for fans of Selena. Fans were tasked with singing their favorite song of Selena’s and posting it to Instagram using the hashtag #LoveSelenaOrlando @TussaudsOrlando. 5 Winners were chosen and got to experience the wax figure today at her Orlando unveiling. Not only did the winners get to see Selena up close before everyone else, but their contest videos were edited together into a special video that will play as part of the wax figure’s display for as long as Selena is at Madame Tussauds Orlando. Below are some pictures from the special fan video. Guests who visit the Selena wax figure will not only get to see the special fan music video but they will also get to write their very own love letter to the beloved musician. All letters written and posted on the special wall will be sent back to Selena’s family.