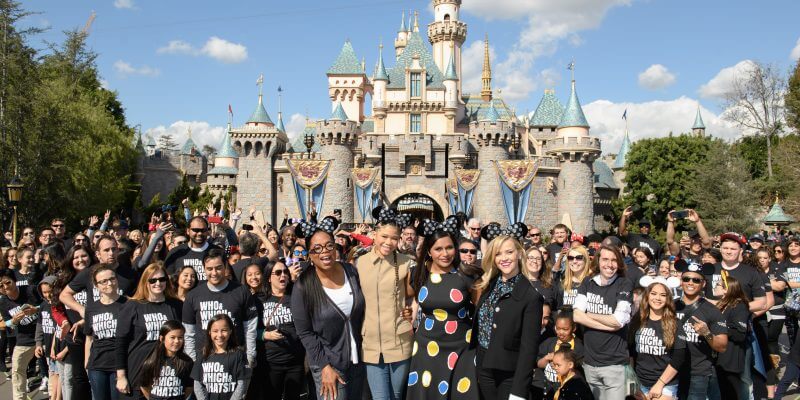 Mindy Kaling, Oprah Winfrey, and Reese Witherspoon play three celestial guides in Disney’s upcoming “A Wrinkle in Time,” and yesterday the trio joined Storm Reid (who plays Meg in the film) for a surprise appearance at Disneyland Resort.

The stars appeared on stage at the Sneak Peak Theatre in Disney California Adventure following a special preview of the movie. Later, the group posed with “A Wrinkle in Time” fans in front of Sleeping Beauty’s iconic castle. Guests at the preview were also given a “Tessering Ticket” that granted them Disney FASTPASS access to several rides at the resort. Magic Kingdom with my Mrses and Meg ❤️ @disneyland. Miss you @ava

Disney’s “A Wrinkle in Time,” directed by Ava DuVernay, arrives in theaters on March 9.

Comments Off on PHOTOS: Stars of Disney’s “A Wrinkle in Time” make surprise appearance at Disneyland Resort