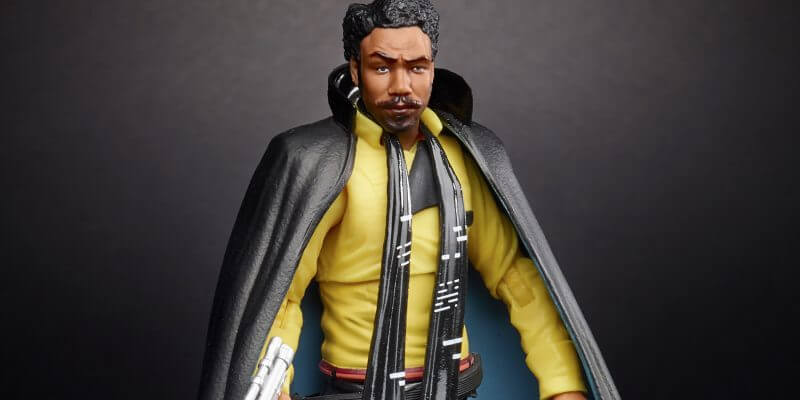 We’re finally learning more about “Solo: A Star Wars Story” with the recent arrival of its first trailer, and now there’s a new line of toys from Hasbro, too.

Hasbro will debut their new line at the Toy Fair 2018 this weekend, and just like the movie, it’s filled with new versions of “Star Wars” icons we know and love.

Below, scroll through for a peek at the new “Solo: A Star Wars Story” collection from Hasbro. The Kessel Run Millennium Falcon includes a young Han Solo action figure, and according to EW, it also contains clues as to why the Millennium Falcon looks so much sleeker than it does in the original “Star Wars” movie, which takes place a few years later. The young Han Solo action figure is sculpted to look like Alden Ehrenreich, who takes on the iconic role for the new movie. Han can hang out in the captain’s quarters at the back of the ship, and there’s also a storage room tucked underneath two other panels. The Kessel Run Millennium Falcon also includes a removable mini ship. Both the figure and mini ship are Force Link 2.0 enabled, with phrases and sounds activated by the wearable technology, sold separately. This device, introduced with “Star Wars: The Last Jedi,” produces sound based on individual characters or vehicles. The “Solo” version comes with an exclusive 3.75-inch Han Solo figure only available in the Force Link 2.0 Starter Set, featuring unique sounds and expressions from the new movie. Force Link technology unlocks an extensive collection of sounds and phrases with compatible figures, accessories, vehicles, and playsets.

This is the younger version of Qi’ra (Emilia Clarke), from her days as a speeder-racer with Han Solo on the industrial world of Corellia. Chewie looks basically the same as ever, but this version has a fancier bandolier with extra shoulder strap. These figures don’t necessarily have anything to do with “Solo,” but Hasbro is re-releasing them now with ForceLink audio band capabilities. All four of these figures arrive in stores this spring.