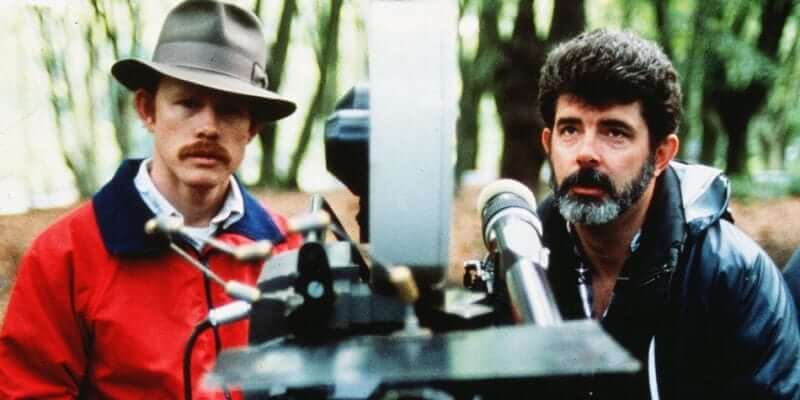 As most “Star Wars” fans know, series creator George Lucas stepped away from the franchise after he sold Lucasfilm to Disney and placed producer Kathleen Kennedy in charge. And while he has payed visits to the sets of each Star Wars film under Disney’s current reign, his contributions have been limited to minor comments and (according to “Rogue One” director Gareth Edwards) selecting a prop helmet.

That level of involvement has increased ever so slightly with “Solo: A Star Wars Story,” the standalone spinoff coming this summer from director Ron Howard, who starred in Lucas’s “American Graffiti” back in 1973. Having been friends with Howard for more than four decades, Lucas apparently felt more comfortable spending time on set, extending a first-day visit from a brief “hello” to a full five hours.

According to an interview with Kennedy and Howard in this week’s Entertainment Weekly, Lucas even managed to insert an idea for a gag that was used in the shooting of the movie during his visit.

“There’s even one little moment in a scene that — I can’t tell you what, sorry — but in the scene on the Millennium Falcon where George said, ‘Why doesn’t Han just do this.’”

“It actually is a funny little bit that will probably get a laugh,” Kennedy says. “And Ron happened to be by the monitor and not inside the Falcon and he goes, ‘Oh that’s a great idea,’ and ran in and said, ‘George wants us to do this.’ So that was pretty cool. I think George felt pretty great about that. He could revisit these characters, and I think he felt so comfortable, obviously with Ron being there, that it was just fun for him.

As for George Lucas’s advice to Ron Howard on directing a Star Wars movie, the living legend kept it simple.

“He told me just trust my instincts, you know?” Howard says with a laugh. “I know he kind of fundamentally feels like, first and foremost, [these films are] sort of for 12-year-old boys, and yet even he knows that it’s grown so far beyond that, and the fans have grown with the series in a great, important way. So he didn’t offer a lot of advice except, ‘You’ll get this.’”

“Solo: A Star Wars Story” will be released into theaters nationwide on Friday, May 25.

Comments Off on George Lucas contributed a gag to “Solo: A Star Wars Story” during set visit with old friend Ron Howard