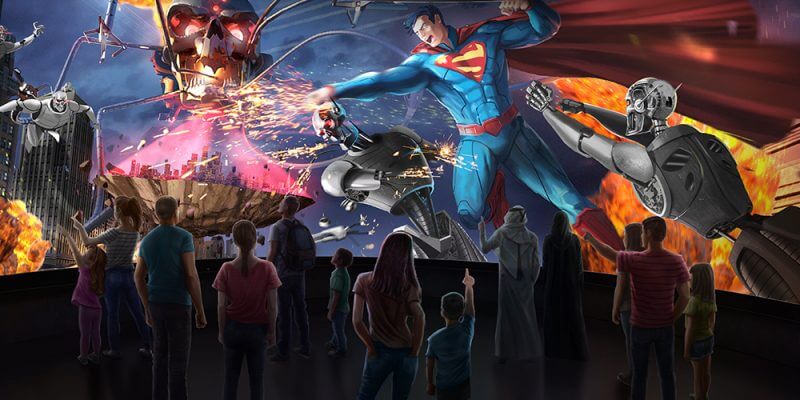 Warner Bros. World Abu Dhabi was first announced back in April 2016 and it’s almost ready for the public, with an opening set for summer 2018. Today, we have a closer look at two of the park’s themed lands and their attractions.

Metropolis is a modern city filled with skyscrapers and protected by DC superheroes, including Superman, Wonder Woman, Green Lantern, The Flash, Aquaman, Cyborg, and the Teen Titans. Inside the Daily Planet, guests can ride Superman 360, an attraction featuring the superhero in a battle of good vs. evil. Other attractions include Justice League: Warworld Attacks, an immersive dark ride with special effects and media; Green Lantern: Galactic Odyssey, a 4D “flying theater” experience; and Teen Titans Training Academy, a multi-level play area with a zip line. Warner Bros. World Abu Dhabi is located on Yas Island, a man-made location that’s already home to Ferrari World and Yas Waterworld. Plans are also underway for SeaWorld Abu Dhabi, which is set to open in 2022.