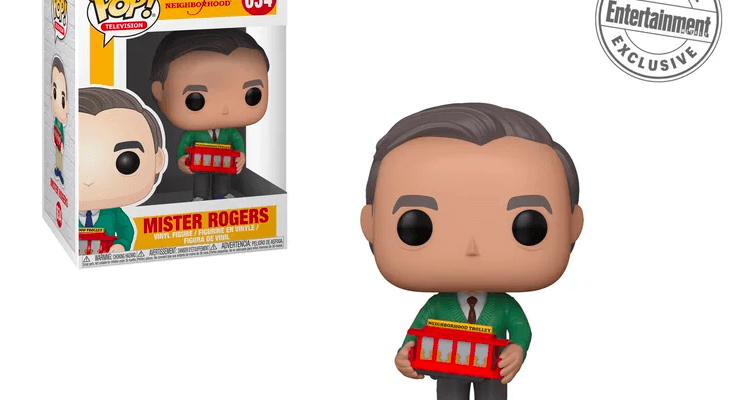 The kind-hearted Mister Rogers always had one question for his audience: “Won’t you be my neighbor?” The 3-inch collectible Funko Pop! figure depicts the beloved personality with his iconic cardigan and trolley car, while the SuperCute Plush offers another sweet way to bring Mister Rogers to your neighborhood. Both the Funko Pop! figure and the SuperCute Plush become available this summer.

“Mister Rogers’ Neighborhood” premiered on February 19, 1968, and in addition to the new collectibles from Funko, we can look forward to the following anniversary events: