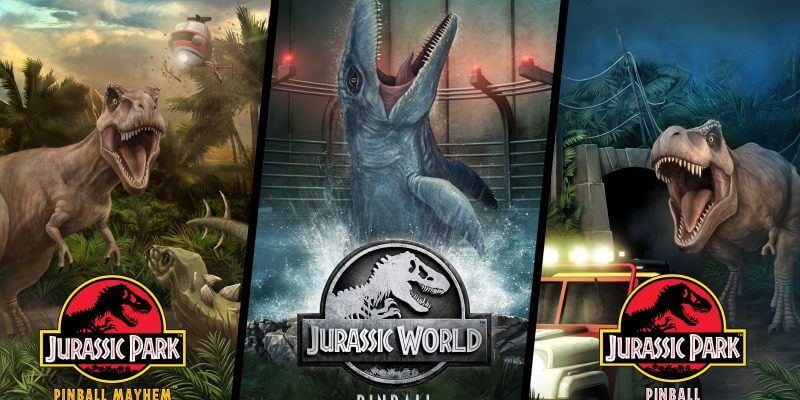 Zen Studios announced today the arrival of their latest addition to their Pinball FX3 Platform, and it’s a big one. Jurassic World Pinball is now available on all major platforms.

The new virtual pinball collection based on the wildly popular Jurassic Park film franchise features three exciting new tables, each inspired by the action of the films.

The three tables include:

Join Owen, Claire and other movie characters as they attempt to escape “Jurassic World” and the deadly Indominus Rex. Play through thrilling action inspired by epic movie scenes!

Zen Studios is thrilled to bring you the finest video pinball adventure this side of Isla Nublar. Relive your favorite T-Rex chases, raptor hunts and more in a whole new way.

The events of “Jurassic Park” led to total mayhem! Stave off T-Rex and Velociraptor attacks along with many other threats to save the workers.