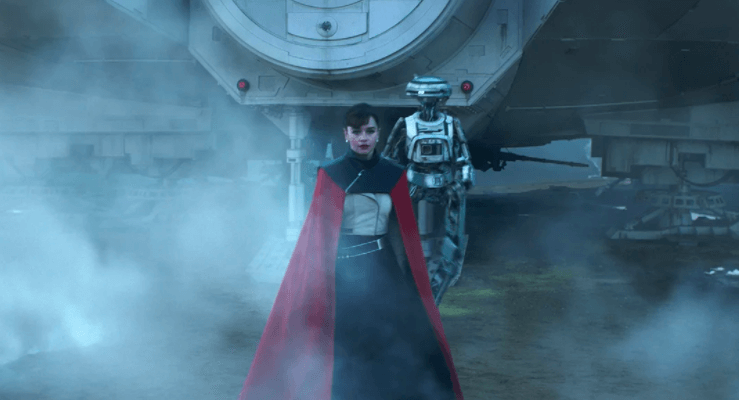 “Solo: A Star Wars Story” has drawn a fair amount of buzz recently, as Star Wars films normally do, with the release of two trailers giving us our first look at some of the exciting new characters as well as younger versions of some of our favorites.

One character we have not learned much about though is Qi’ra, who will be played by “Game of Thrones” star Emilia Clarke. That is, until Clarke spoke with Entertainment Weekly.

Clarke revealed some interesting details about her character and her relationship with Han Solo. “The point where you meet her, she is with Han. They are both doing what they’ve got to do to survive. And that is Qi’ra the whole the movie,” Clarke said. “The whole way through, she is surviving. And surviving in the underworld that we know to be [filled with] smuggling, aloof gamblers, wrong-side-of-the-tracks nasty ones.”

She also addressed the potential love story between Qi’ra and Han.

“They grew up as pals, as partners in crime. There is obviously the romantic side of things,” Clarke said. “But they grew up together. So they were kids together.” Clarke went on to explain that Qi’ra is much more than just a love interest in this story though. Instead, she’s another strong female character in the Star Wars universe.

“Qi’ra’s journey is definitely one of survival and strength,” Clarke said. “The way that I felt about her was ‘yeah this girl has got a core of steel.'”

You can see just how strong Qi’ra is when “Solo: A Star Wars Story” hits theaters May 25.