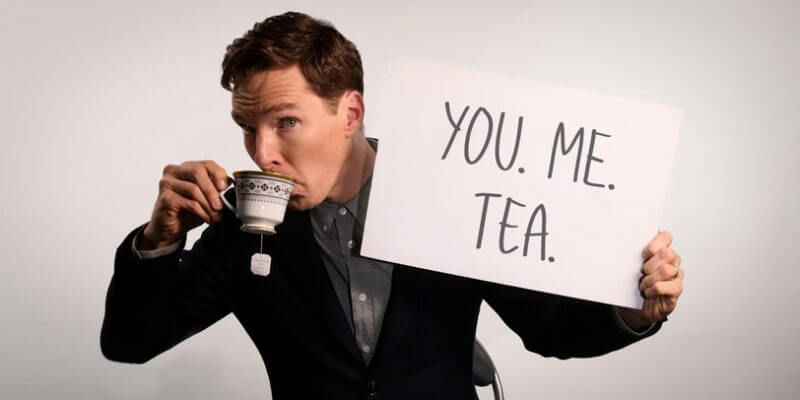 Benedict Cumberbatch, star of “Doctor Strange” and the upcoming “Avengers: Infinity War,” is teaming up with Omaze to support GEANCO, a charity that provides health and education benefits to those in need in Nigeria.

As an incentive, those who donate are entered into a raffle to potentially win an opportunity to drink tea with Cumberbatch and attend the premiere of “Avengers: Infinity War” in Los Angeles.

To promote the campaign, Cumberbatch decided to put a dramatic twist on “I’m a Little Teapot.”

If you love Benedict Cumberbatch as much as we do, you NEED to watch this video. Then support GEANCO and enter for your chance to have (and spill) some tea with him—GO: http://bit.ly/Benedict_TeaP.S. You'll also get to go to the Avengers: Infinity War premiere! ?

For more information on the campaign or to make a donation to GEANCO, visit the official Omaze website. The entry deadline for the campaign is April 6. The winner will be announced on or around April 20.