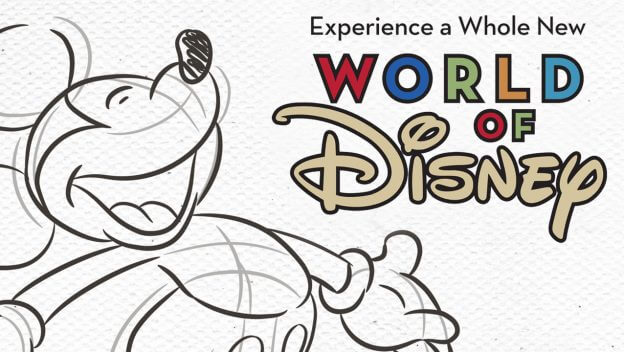 World of Disney, the mega Disney Parks souvenir shop, is getting a makeover at Disneyland Resort and Walt Disney World this year.

Starting in mid-February 2018, the locations in Downtown Disney District at Disneyland Resort and Disney Springs at Walt Disney World will be redesigned. When the interior redesign work is complete, Guests can shop for souvenirs in a “dynamic and distinctly Disney retail environment.”

The redesign will be completed in phases throughout 2018, so Guests can continue to shop at World of Disney stores during construction.

Stores in Town Center at Disney Springs, such as Ever After Jewelry Co. and The Disney Corner (opening mid-February), plan to carry select World of Disney merchandise while the store is renovated.

At Downtown Disney District in Disneyland, World of Disney remains open during the reimagining.