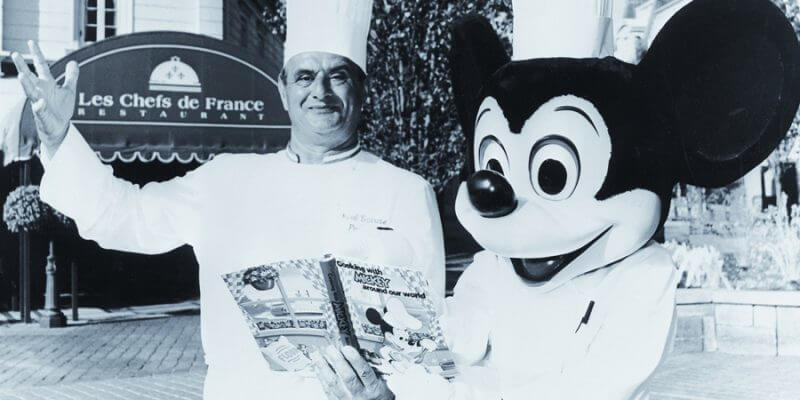 Celebrated chef Paul Bocuse, who helped open Les Chefs de France in Epcot in 1982, passed away in France on Saturday, January 20 at the age of 91.

Bocuse rose to fame in the 1970s as a supporter of “nouvelle cuisine,” a healthier form of French cooking that avoided rich, heavy foods. His restaurant, L’Auberge du Pont de Collonges, has had three Michelin stars since 1965 and he was named “chef of the century” by the Gault-Millau guide in 1989 and by the Culinary Institute of America in 2011. Bocuse’s funeral took place today, Friday, January 26, at St. Jean Cathedral in France. Around 1,000 people were in attendance, with fellow chefs wearing their traditional uniform of chef’s whites to pay their respect to Bocuse.

In addition to the Walt Disney World restaurants and his signature restaurant in France, Bocuse was also behind eight restaurants in Japan and a restaurant at the Culinary Institute of America in Hyde Park, New York.