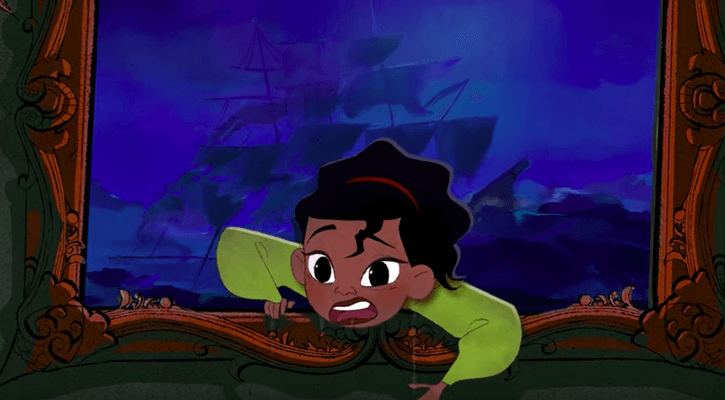 This Haunted Mansion animated series may never become a reality, but we can at least get a glimpse of it thanks to creator Shannon Tindle.

Tindle, who also created “Kubo and the Two Strings,” was working with Disney Television Animation to develop the new animated series based on the Haunted Mansion attraction.

Tindle reportedly wrote two different versions of a pilot for The Haunted Mansion, one for an ongoing series and another for a limited series. He also shared that the show would have had “a lot of fun and silly elements to it” but ultimately would have focused on a character struggling with grief over losing a loved one.

“I love playing with tone, and animation (particularly a property that has ghosts as part of its DNA) is particularly good at weaving broad fun with deeply emotional stories,” Tindle said.

Disney has passed on the project but Tindle has expressed interest in bringing it back to life if given the opportunity.

Comments Off on VIDEO: Scrapped “Haunted Mansion” teaser provides peek at incredible animated series that could have been