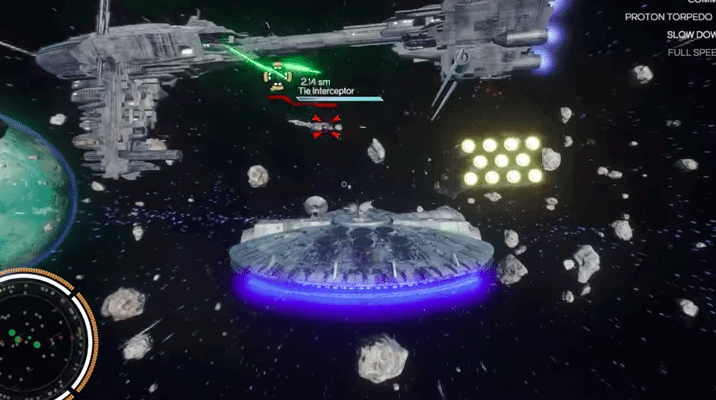 One of the great aspects of Star Wars is the epic space battles. The tense moments where one starfighter has another in its sights keep fans on the edge of their seats.

It’s not just the movies that bring these moments to life. Some of the most popular Star Wars video games focus on these space battles, including “Rebel Galaxy,” a 2015 space shooter developed by Double Damage Games.

Unfortunately, there are no similar games in development, though the same studio recently released a demo video they pitched to EA back in 2016, for a new space shooter game.

Unfortunately, the game was not greenlit and there are currently no plans for development.

“It was a long-shot, and we had near-nil hopes that it would be seriously considered,” said Travis Baldree, head of Double Damage Games. “But we probably did it to please ourselves rather than out of any hope that it would get greenlit.”

For now, we’ll just have to settle for EA’s Star Wars Battlefront II, which is available now for Playstation 4, Xbox One and PC.