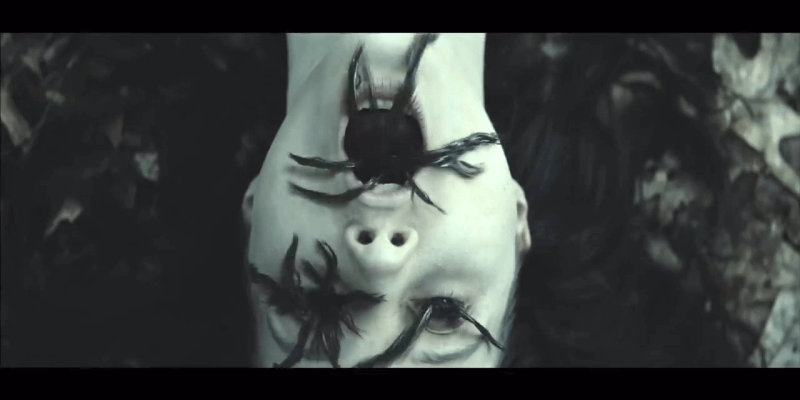 The first trailer for “Slender Man” has arrived and, like Slender Man himself, it promises to “get in your head like a virus.”

The bizarre legend of Slender Man was created by Victor Surge in 2009 as a Creepypasta meme. Stories depicted a tall, unnaturally thin man with no face stalking and abducting people, particularly children. In 2014, two teen girls nearly stabbed their friend to death in Wisconsin, claiming they did it for Slender Man.

This film doesn’t depict the real-life tragedy inspired by Slender Man, but rather tells a fictional story set in small-town Massachusetts. Here’s the official synopsis:

In a small town in Massachusetts, four high school girls perform a ritual in an attempt to debunk the lore of SLENDER MAN. When one of the girls goes mysteriously missing, they begin to suspect that she is, in fact, his latest victim.

See the disturbing trailer for “Slender Man” in the video below.

Along with the trailer, Sony released this official poster: