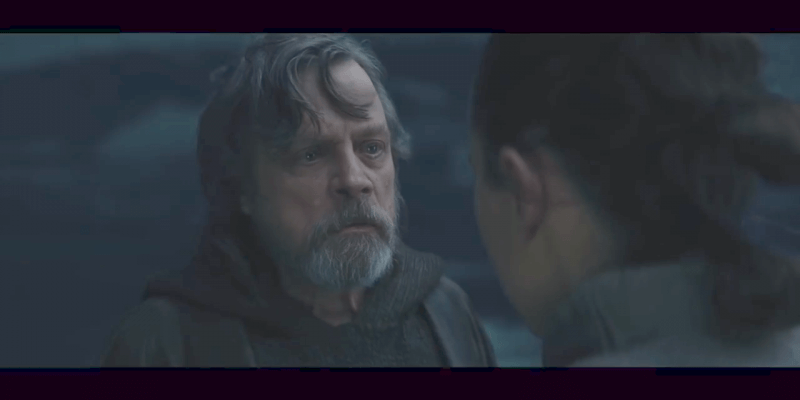 The latest episode of “The Star Wars Show” revealed fans have some new material to look forward to when the novelization of “Star Wars: The Last Jedi” arrives in March.

Rian Johnson worked with novelist Jason Fry to add deleted “Last Jedi” scenes back into the book, and as an example, bits of deleted movie scenes were shown on “The Star Wars Show.” The footage includes Luke and Rey’s third training session, which was cut from the film.

You can watch Rian Johson and Jason Fry discuss “The Last Jedi” novelization in the video below (starting around the 3:11 mark).

The book also includes new scenes. As Fry explains in the segment, “Rian Johnson and I had an amazing conversation. We got to write entirely new scenes for the book: Han Solo’s funeral, Rose and Paige Tico together, and further explorations of the fascinating world of Canto Bight, to name just a few.”

The Blu-ray of “Star Wars: The Last Jedi” will likely include more deleted scenes, but no release date has been announced yet.

The novelization of “Star Wars: The Last Jedi” arrives in stores on March 6.

Comments Off on VIDEO: Deleted “Star Wars: The Last Jedi” scene, new material to be included in “Last Jedi” book