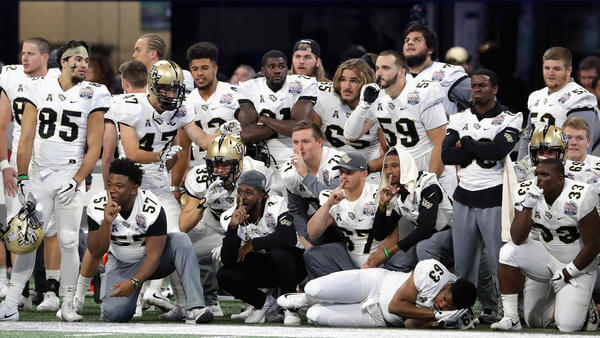 The Knights of UCF defeated Auburn in the Peach Bowl Monday to complete their 13-0 season. UCF was ranked number 12 in the country, despite their undefeated record, and were not granted a bid into the College Football Playoff by the selection committee.

Auburn has wins this season over both Alabama and Georgia, the two teams that will be playing for the National Championship on Monday night, further strengthening UCF’s case that they are the true champs.

UCF Athletic Director Danny White is certainly treating this win as a National Championship, promising commemorative t-shirts to fans, a banner in their stadium and even bonuses to the coaches.

The “National Championship” parade at Magic Kingdom will be held Sunday, January 7 at 4:30 PM.