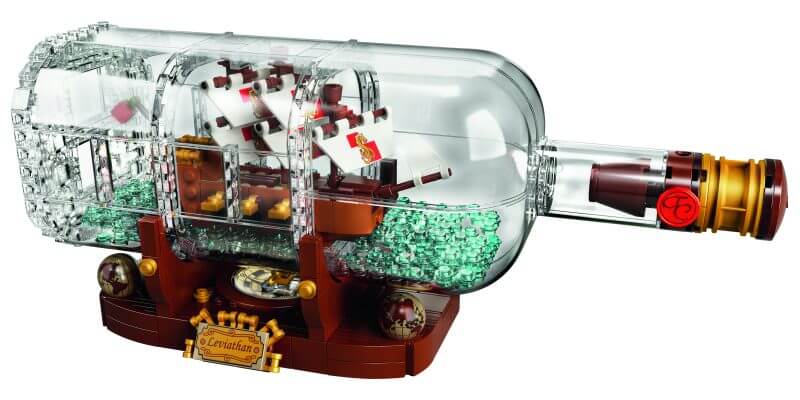 After nearly a decade in operation, the popular ongoing LEGO Ideas project has generated almost two dozen unique fan-designed LEGO sets, including the “Ghostbusters” ECTO-1 vehicle, WALL-E, and the upcoming “TRON: Legacy” Light Cycle. And next month, brick builders will be able to get their hands on a very imaginative creation: the LEGO Ship in a Bottle.

Originally designed by LEGO Ideas user Jake Sadovich, the Ship in a Bottle was selected for approval in August of 2017 after reaching 10,000 votes on the crowd-sourced website.

The set (now re-designed by LEGO for wide release) features “a highly detailed ship with the captain’s quarters, cannons, masts, crow’s nest, flag and printed sail elements,” which are all then nestled inside a large brick-built bottle, constructed from transparent LEGO pieces. Also included is an intricately-crafted LEGO cork and display stand. Today LEGO revealed the following first-look images of the set and its attractive packaging: 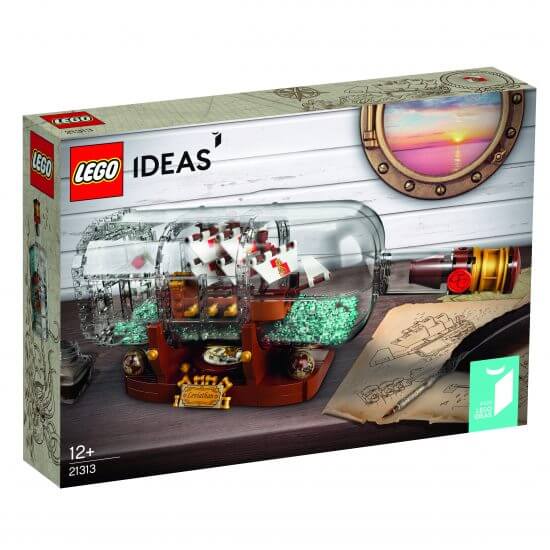 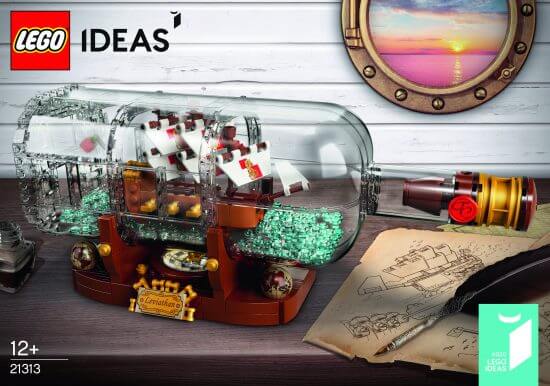 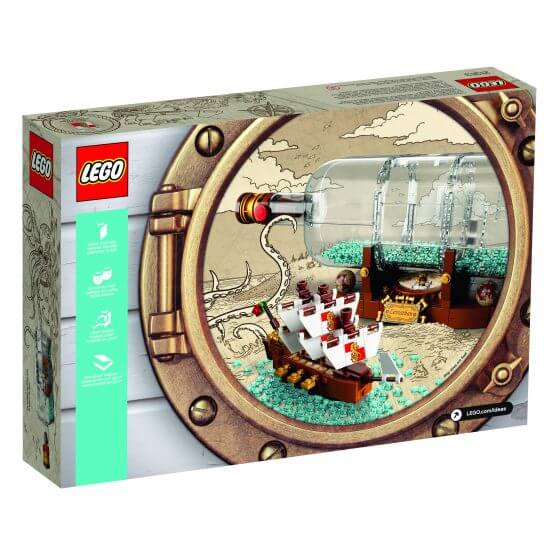 The LEGO Ship in a Bottle set contains 962 pieces, retails for $69.99, and will be available for purchase starting February 1st at official Lego Stores and on Lego.com. Be sure to visit the Lego Ideas website for more information and to see the original version of this amazing build! 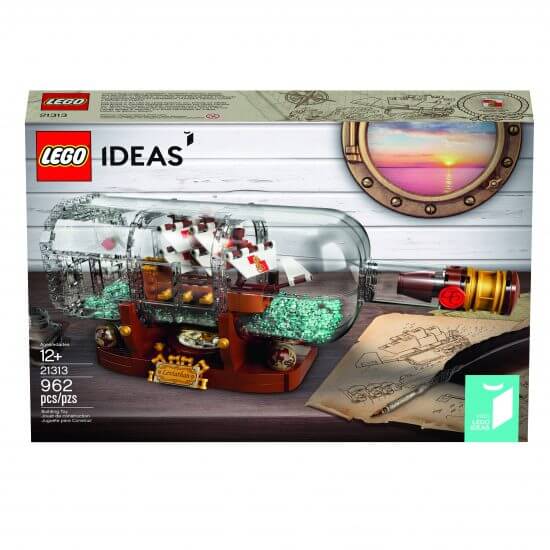