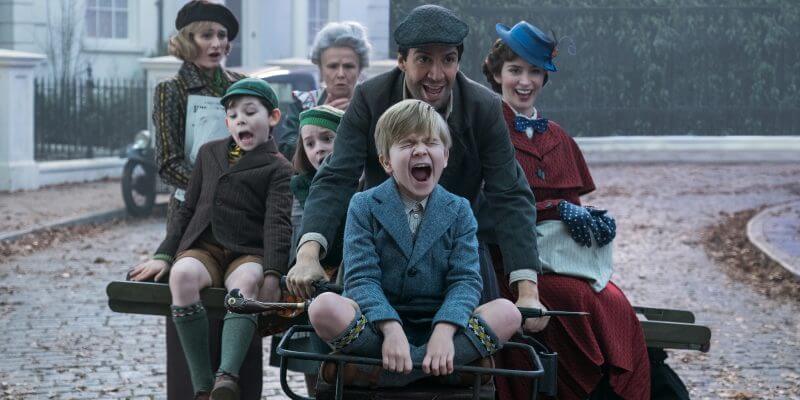 The sequel is directed by Rob Marshall (“Chicago,” “Into the Woods”) and stars Emily Blunt (“The Devil Wears Prada,” “Edge of Tomorrow”) as Mary Poppins herself. Today Disney released a new promo image showcasing new character Jack (played by Lin-Manuel Miranda of “Hamilton” fame) giving a thrilling bike ride to the Banks children. Disney’s official synopsis of “Mary Poppins Returns” is as follows:

In Disney’s “Mary Poppins Returns,” an all new sequel with a fresh sensibility that celebrates the spirit of the original, Mary Poppins is back to help the next generation of the Banks family find the joy and wonder missing in their lives. Emily Blunt (“The Girl on the Train,” “Into the Woods”) stars as the practically perfect nanny with unique magical skills who can turn any task into an unforgettable, fantastic adventure and Lin-Manuel Miranda (“Hamilton,” “Moana”) plays her friend Jack, an optimistic street lamplighter who helps bright light– and life– to the streets of London.

“Mary Poppins Returns” chimney-sweeps its way into theaters on Christmas Day of this year.