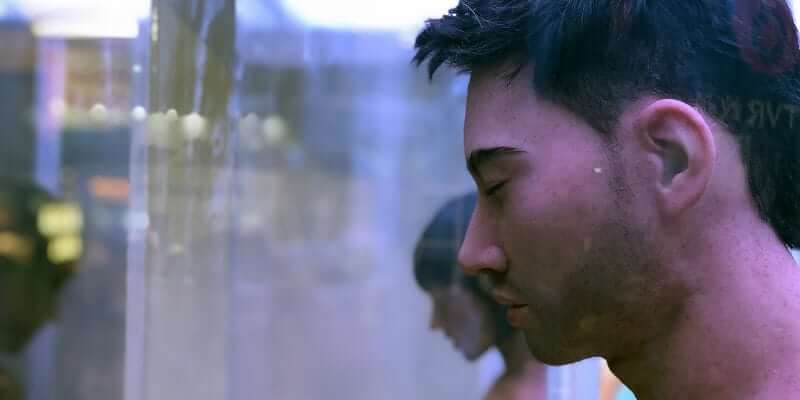 What happens when people don’t really die but instead have their consciousness digitized and downloaded into a different body?

That idea is explored in Netflix’s new series Altered Carbon, which is based on the novel by Richard K. Morgan. In the distant future, ex-Envoy soldier Takeshi Kovacs (Joel Kinnaman / Will Yun Lee) is brought back to life after 250 years in order to solve the attempted murder of Laurens Bancroft (James Purefoy), the richest man on Earth.

Netflix debuted the first trailer for “Altered Carbon” along with a very cool marketing display at CES 2018. See the trailer below, then scroll down for a look at their realistic vendor booth on display during this week’s technology conference in Las Vegas.

As Engadget reports, Netflix set up a booth for the fictional Psychasec company from the series. A press release handed out to attendees revealed the booth was fake but it still managed to pique the curiosity of many guests.

Here are a few photos of the booth, courtesy of Engadget: Netflix also released this key art for the new series: