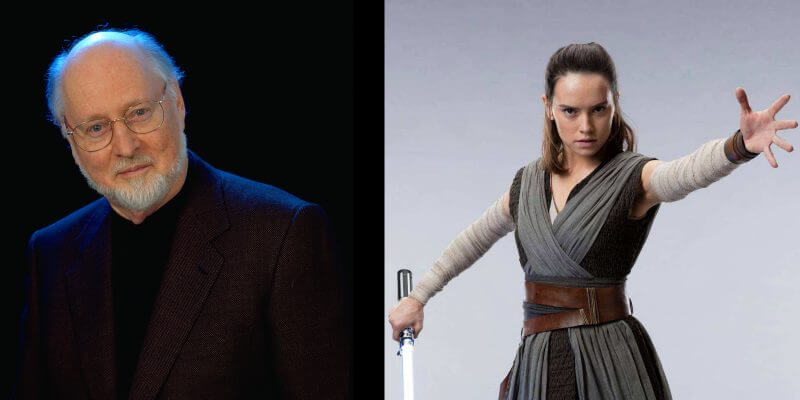 John Williams has been a consistent part of the Star Wars creative family since the very first movie released in 1977. His musical themes and scores have come to be just as instantly recognizable and iconic as the character’s faces and the franchise’s spaceship designs. But at the age of 85, he can’t go on generating new Star Wars compositions forever. There is (at the very least) one last movie he’s expected to participate in, however.

“Star Wars: The Force Awakens” director J.J. Abrams has said “it would be impossible to separate John Williams’ score from the Star Wars movies,” so of course the filmmaker brought the renowned composer back on board when he made the first live-action Star Wars movie in a decade in 2015.

Williams returned to a Galaxy Far, Far Away once again for last year’s “Star Wars: The Last Jedi” under director Rian Johnson. But what of the third chapter in this current trilogy, set to be helmed by Abrams and released in 2019? Variety spoke with the living legend amid Oscar buzz, and received confirmation of his interest in finishing out the series with Episode IX.

“As for his future with ‘Star Wars’ movies, Williams confirms that he told director J.J. Abrams that he will do Episode IX next year. ‘I would very much like to complete that,’ he says.” While it may seem like a no-brainer that John Williams would score a Star Wars movie, it’s important to note that he did not work on 2016’s “Rogue One: A Star Wars Story”– which featured original music by Michael Giacchino– or the theatrical animated feature “Star Wars: The Clone Wars”– composed by Kevin Kiner.

Similarly, the upcoming “Solo: A Star Wars Story” (directed by Ron Howard) is being scored by “How to Train Your Dragon” composer John Powell. Most of these choices were made likely because Williams was overbooked or otherwise unavailable to work on new Star Wars content each and every year. So it’s not that Star Wars can’t function without John Williams, it’s just that we wouldn’t want it to unless absolutely necessary. In any case, it feels appropriate and absolutely fitting that the maestro himself will find his way back to the Skywalker Saga mothership at least one final time when he joins Abrams in creating “Star Wars: Episode IX.”