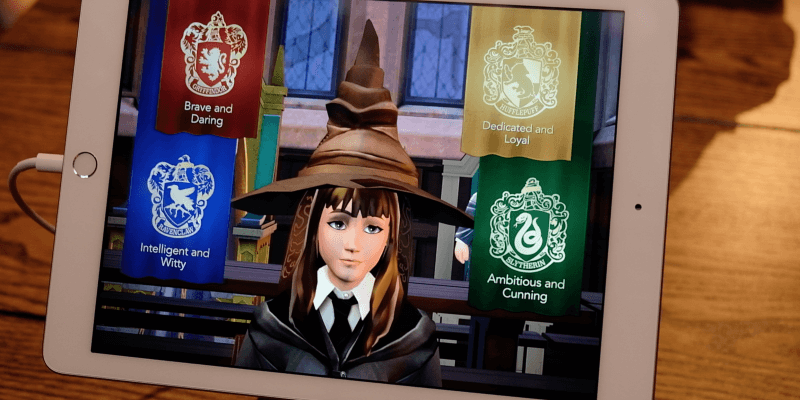 A few weeks ago, mobile game studio Jam City revealed more details about their new “Harry Potter: Hogwarts Mystery” roleplaying game and this past weekend at A Celebration of Harry Potter, the company let guests experience it first-hand.

“Harry Potter: Hogwarts Mystery” is the first mobile game in which players can “create their own character and experience life as a Hogwarts student.” The app allows gamers to “create a personalized student avatar, attend classes, choose their house, learn magical skills, form friendships or rivalries with other students, and make pivotal decisions that will influence their character’s story arc” throughout their Hogwarts experience, as they travel down the path to becoming a witch or wizard. During this journey of becoming a witch or wizard, players are also tasked with figuring out the mystery of what happened to their virtual brother, who goes missing in the game. From the interactions and choices offered in this game, the player decides for themselves what kind of wizard they will be, whether that is a helpful team player or a rebel! Take a look at a guided demo of the game below. Because “Harry Potter: Hogwarts Mystery” is based on the extensive Harry Potter franchise, it contains one of the richest narratives of any mobile platform game. So even if you’re not the biggest Harry Potter fan, because of the expansive and beloved book series it’s based on, almost any game player can enjoy its massive amount of interactive and almost endless content. “Harry Potter: Hogwarts Mystery” will be available for download this spring on the iOS App Store, Google Play, and the Amazon App store from Jam City and Warner Bros. Interactive Entertainment’s Portkey Games.

For more information, be sure to visit the game’s official website.

Comments Off on INSIDE LOOK at new “Harry Potter: Hogwarts Mystery” choose your own destiny game