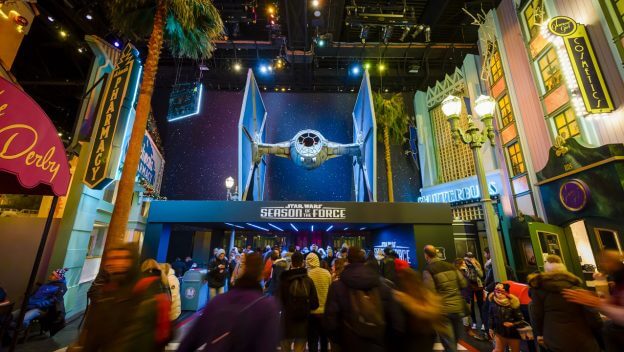 Season of the Force has returned to Disneyland Paris with exciting spectaculars and character appearances, and this year also brings a one-of-a-kind exhibit to Walt Disney Studios Park.

For the first time, Disneyland Paris is displaying five large-scale vehicles inspired by the “Star Wars” universe — and they were all built by fans. Models include an X-wing Starfighter, ETA-2 Jedi Starfighter, Imperial TIE fighter, A-wing Fighter and a Combat Assault Tank.

A few experiences have been updated since last year as well. Scenes from “Star Wars: The Last Jedi” are now included in the nighttime projection show “Star Wars: A Galactic Spectacular” at Walt Disney Studios Park and Star Tours: The Adventures Continue at Disneyland Park.

Keep an eye out for your favorite characters from the Resistance, First Order, and Empire, as well as a few Stormtroopers.

Season of the Force takes place until March 25. For more information, head over to the Disneyland Paris website.