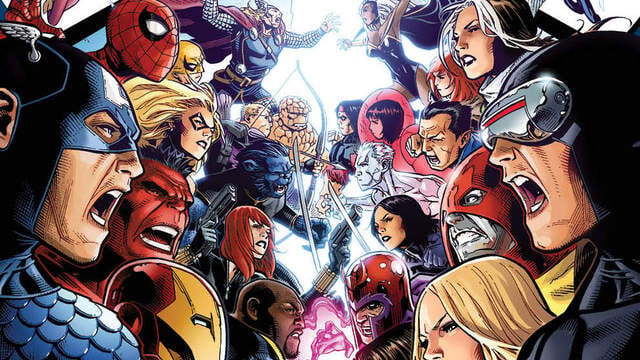 Recently, the landscape of entertainment was shook when it was announced that Disney had purchased 21st Century Fox in a $52.4 billion deal.

Of course, the impact of that deal will be felt in many different ways, across multiple platforms, for better or worse. One of the most exciting changes that will stem from that deal though, is the imminent addition of the previously fox-owned Marvel characters to the Marvel Cinematic Universe. Marvel Studios President Kevin Feige has expressed interest in bringing the X-Men and the Fantastic Four into the MCU. Finally, making the Marvel Universe a whole.

There are however, some complications. The existing X-Men and Fantastic Four cinematic universes don’t exactly mesh with the MCU. Some of the characters in the Marvel Universe are going to make things a bit difficult.

Some of those characters include… The time traveling mutant known as Cable is set to make his theatrical debut when “Deadpool 2” hits theaters June 1. He’ll be played by actor Josh Brolin, who also plays the over arcing villain of the MCU: Thanos.

This may not be a really big deal, especially because Thanos is really just a CGI character with Brolin’s voice. Still, it’s not ideal to have two major characters in the same cinematic universe played by the same actor.

If the X-Men are going to be brought into the MCU, you better believe Wolverine is going to be a part of that. The only problem with that is, the Wolverine we all know and love is dead.

2017’s “Logan” was a final chapter of sorts in the Wolverine story. It left us without a Wolverine (or a Charles Xavier for that matter).

Sure, they could write their way around that. Change the timeline or simply bring him back to life, it’s a superhero universe after all, but the bigger problem lies in the fact that Hugh Jackman is done playing the character.

“I don’t think I could have made this movie if I hadn’t made the choice that it was my last time,” Jackman told Fox in March of last year.

If Wolverine is going to be brought into the MCU, it won’t be the one we’ve come to know over the past 17 years. And finally, Quicksilver is perhaps the most complicated character simply because, well, he already exists in both universes. I can’t imagine the existing X-Men coming over and simply ignoring the absence of their speedster in order to keep the MCU’s continuity of the character already being dead.

On top of that, the characters were very different to begin with. Obviously they couldn’t mention Magneto being his father in the MCU, but the Fox version of the character was noticeably missing a certain twin.

I wouldn’t expect any version of Quicksilver to be coming back to the MCU anytime soon.

If the solution to all of these problems is simply rebooting the Fox-owned universes, what does that mean for Deadpool? We already know that Deadpool films are going to continue to be made and with an R rating. Are they just going to reboot the universe around him without him being effected? Of course, that does seem like it would set up some great jokes for the future movies.

However this plays out, these are certainly exciting times for Marvel fans!