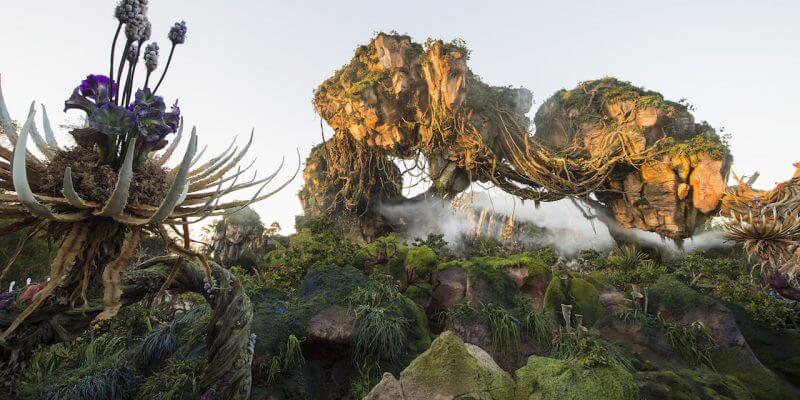 We saw some great new additions to some of our favorite theme parks in 2017. Whether it was new attractions, new shows or entire new parks, 2017 was a big year in the world of theme parks.

5. Christmas in the Wizarding World Finally, we were able to celebrate the holiday season in the Wizarding World as Christmas came to Hogsmeade at Universal Studios Hollywood and both Hogsmeade and Diagon Alley at Universal Orlando Resort. The result was nothing short of a magical experience that truly enhanced the season.

WATCH – THE MAGIC OF CHRISTMAS AT HOGWARTS CASTLE:

4. Guardians of the Galaxy – Mission: BREAKOUT!

After replacing the Twilight Zone Tower of Terror back in May, Guardians of the Galaxy – Mission: BREAKOUT! quickly became one of the most talked-about new attractions in 2017. A spectacular new queue and a fun ride experience have guests lining up to help out the Guardians. The long-running nighttime spectacular “Wishes” performed its final show back in May and was replaced by the incredible new “Happily Ever After” show. The combination of music, projection, lasers and fireworks creates an unforgettable experience you have to see to believe.

WATCH – HAPPILY EVER AFTER FIREWORKS SHOW AT MAGIC KINGDOM: Universal Orlando opened its brand new water theme park back in May, welcoming guests to a volcanic paradise. The beautiful theming, mouth-watering menu, wide variety of attractions and unique queue system make Volcano Bay a waterpark experience unlike any other.

1. Pandora – The World of Avatar 2017 brought the arrival of the long-awaited Pandora – The World of Avatar themed land in Disney’s Animal Kingdom, and it did not disappoint. With two amazing attractions, one dazzling animatronic, incredible nighttime visuals and some fantastic themed food, this new land is an experience you can’t miss when visiting Walt Disney World.

WATCH – DRONE FOOTAGE OF PANDORA – THE WORLD OF AVATAR:

There was certainly a lot to get excited about in the theme park world in 2017 and it looks like we have plenty more on the way in 2018!

Comments Off on Year in review: Top 5 theme park additions in 2017