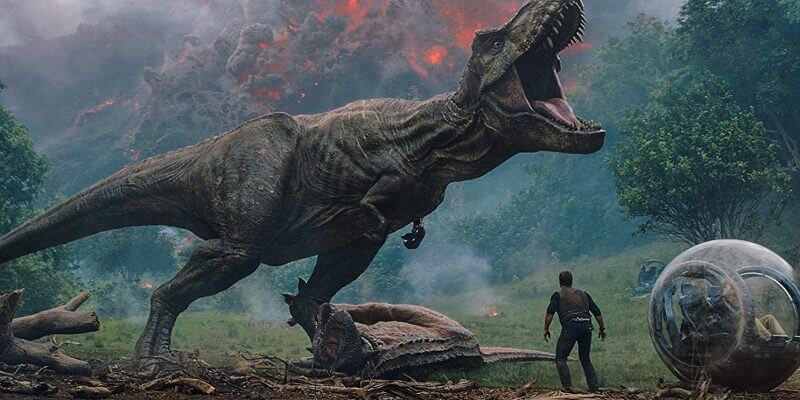 With only a few days left in 2017, we can take some time to reflect on our favorite films from Universal Studios over the past year. This studio gave us some innovative new horror, hilarious animated comedy and plenty of action, and there’s even more to look forward to in 2018.

From horror-filled sequels to action packed originals, Universal Studios has a lot in store for 2018.

Here are the films you can get excited for in the New Year, in order of release date:

Synopsis: Parapsychologist Dr. Elise Rainier faces her most fearsome and personal haunting yet – in her own family home.

The third film in the “Insidious” trilogy, “The Last Key” promises to be another nightmare-inducing chapter in this frightening franchise.

This sequel to the action-packed 2013 film promises to keep audiences on the edge of their seats as Universal provides another enormous monster movie. Synopsis: Three parents try to stop their daughters from having sex on Prom night.

In what looks to be a hilarious and original new comedy, Mann, Barinholtz and Cena could have audiences laughing out loud this spring. Synopsis: A college student is haunted by a supernatural presence after being tricked into playing a game of ‘Truth or Dare’.

Another terrifying concept from the team at Blumhouse Productions, “Truth or Dare” is sure to cost moviegoers some sleep this April.

Synopsis: When the island’s dormant volcano begins roaring to life, Owen and Claire mount a campaign to rescue the remaining dinosaurs from this extinction-level event.

Jeff Goldblum is back in a Jurassic Park movie! Do you really need to hear any more? We didn’t think so. Summer can’t come soon enough. Synopsis: A prequel to the popular “Purge” franchise that will focus on the events that lead up to the very first Purge event.

Finally, we will get some answers regarding how the Purge came into existence in the first place. After watching so many people get slaughtered over three separate movies, I think we would all like to know. Synopsis: Laurie Strode comes to her final confrontation with Michael Myers, the masked figure who has haunted her since she narrowly escaped his killing spree on Halloween night four decades ago.

Jamie Lee Curtis, Michael Myers, John Carpenter and Blumhouse! This is the recipe for a perfect modern “Halloween” sequel. Plus, this one is essentially erasing every movie after the first two so that’s also a win! Synopsis: A grumpy Grinch plots to ruin Christmas for the village of Whoville.

Cast: Benedict Cumberbatch… what else do you need?

Yes, there is another Grinch movie coming in 2018. And yes, it’s going to be tough to live up to the original animated special. However, Benedict Cumberbatch is the Grinch, so we’re excited!

Synopsis: Many years after the “Sixty Minute War,” cities survive a now desolate Earth by moving around on giant wheels attacking and devouring smaller towns to replenish their resources.

We can always trust Peter Jackson to make a gigantic, action-packed epic. Great leadership and a Mad Max-type vibe have us excited for this one. Unfortunately, we’ll have to wait all year for it.

Universal certainly has some exciting things lined up for 2018. Which movie are you most excited about seeing in theaters?

Comments Off on The Year Ahead: 9 Universal Movies to Look Forward to in 2018