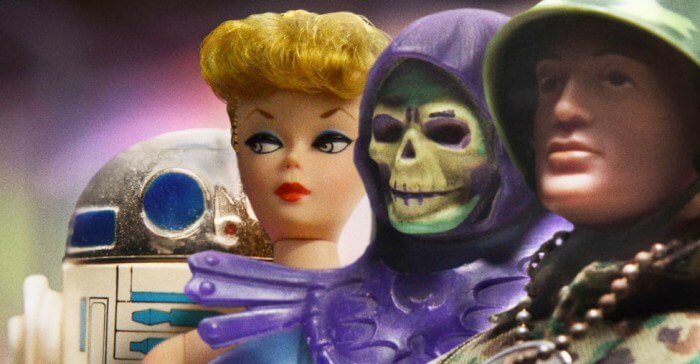 The Toys That Made Us, a new documentary series about the power of toys, arrives on Netflix later this week.

Created by Brian Volk-Weiss and directed by Tom Stern, the eight-episode series examines the influence of iconic toy franchises, including Star Wars, Barbie, and G.I. Joe. To celebrate the release of “Star Wars: The Last Jedi,” the show offered up a preview of their “Star Wars” episode.

A series trailer is also available on the Netflix website.

The first four episodes of “The Toys That Made Us” debut on Netflix on December 22, 2017, with another four arriving online in early 2018.

Comments Off on VIDEOS: First look at “The Toys That Made Us” pop culture documentary series, arriving on Netflix this month