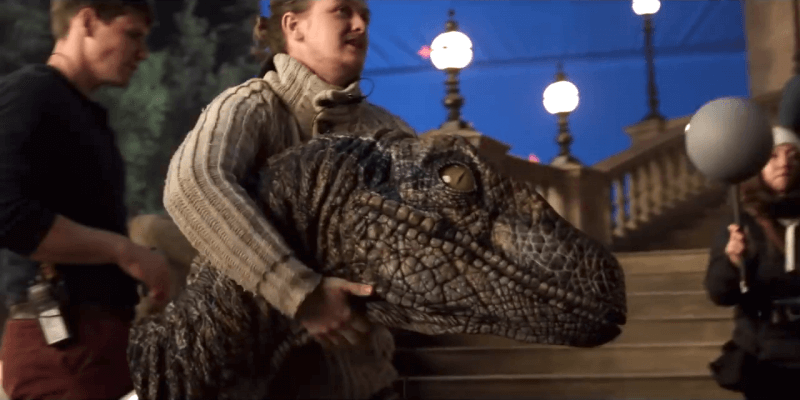 This week has brought a lot of anticipation for the first full “Jurassic World: Fallen Kingdom” trailer, but this behind-the-scenes video from Universal Pictures may be enough to get you hyped for the new film.

The featurette takes viewers onto the set of the upcoming sequel and features Chris Pratt, Bryce Dallas Howard, Jeff Goldblum, director J.A. Bayona, and several animatronic dinosaurs. The film promises more dinosaurs than ever before and, as the cast notes, they were extra excited to work with the life-like creatures.

Chris Pratt also talks about how fun it was to have Jeff Goldblum on set, playing the fan-favorite character Ian Malcolm. Goldblum’s return is a big dose of nostalgia for fans of “Jurassic Park,” and Ian Malcolm seems rather amused by it, too, judging by the short clip shown in the featurette.

Go behind-the-scenes with the cast and crew of “Jurassic World: Fallen Kingdom” in the video below.

The first full trailer for “Jurassic World: Fallen Kingdom” is set to debut on Thursday, December 7, so be sure to check back for updates.