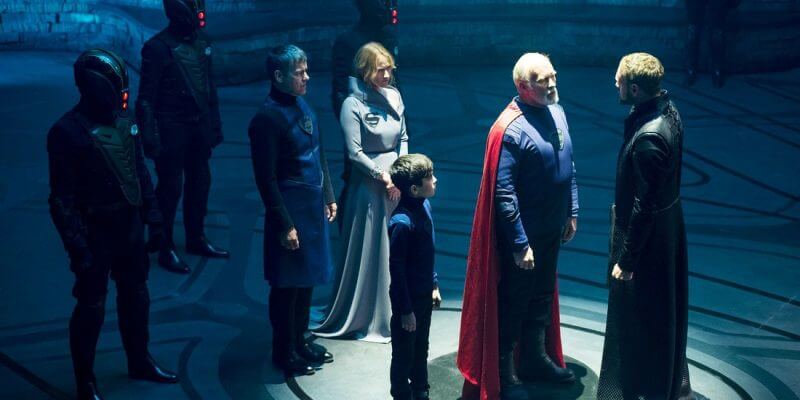 Krypton, a new series coming to SYFY next year, promises to reveal more about the Man of Steel’s origins. This week, the network revealed the show’s premiere date along with a first look at the House of El.

A new teaser posted to the show’s official Twitter account announces a premiere date of March 21, 2018. The series takes place two generations before Superman’s home planet is destroyed and follows Kal-El’s grandfather, Seg-El, as he attempts to save his planet and the House of El.

Before #Superman came to Earth, #Krypton forged its own legends.

From the writer of #ManofSteel & #TheDarkKnight, witness the beginning, 3.21 on @SYFY. pic.twitter.com/kYZsfr3N3c

Events are set in motion when Seg-El is visited by Earth-based time traveler Adam Strange (Shaun Sipos), who warns him of impending chaos.