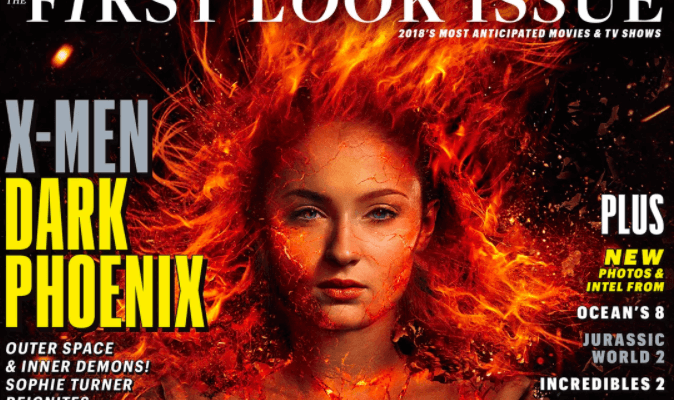 Sophie Turner, star of the upcoming “X-Men: Dark Phoenix,” graces the cover of Entertainment Weekly, and the magazine has several first look photos of the new movie.

Arriving in theaters on November 2, 2018, “Dark Phoenix” tells the story of Jean Grey (Turner) as she begins to develop incredible powers that corrupt and turn her into a Dark Phoenix. Now the X-Men have to decide if the life of a team member is worth more than all the people living in the world.

Scroll through for a look at new images from the film featuring Turner, Jessica Chastain, Jennifer Lawrence, James McAvoy, Michael Fassbender and more. For more of Entertainment Weekly’s cover story on “X-Men: Dark Phoenix,” head over to the EW website.