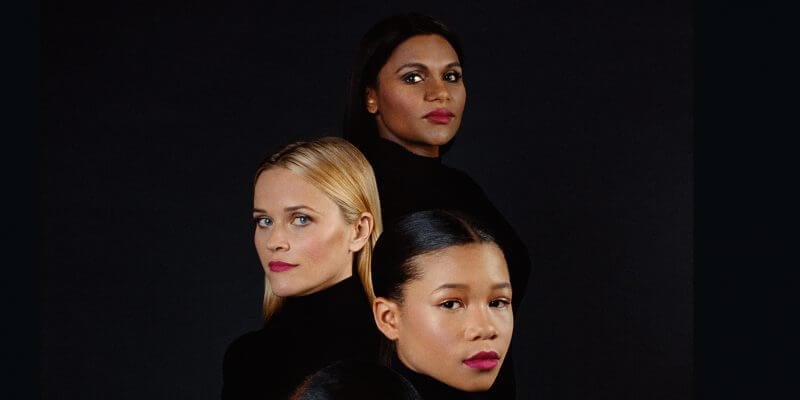 The stars of Disney’s upcoming “A Wrinkle in Time” posed for a striking new photo, which appears on the current issue of “Time” Magazine.

Time’s “Year Ahead” issue previews new developments in culture, politics, tech, and more for 2018, and explores why “A Wrinkle in Time” will have a huge impact on Hollywood. Though they appear in eccentric costumes in the movie, Oprah Winfrey, Reese Witherspoon, and Mindy Kaling join Storm Reid in basic black turtlenecks for the timeless cover photo. The cover story, which details why it took 54 years to turn “A Wrinkle in Time” into a movie, is available to read online here.

Comments Off on PHOTO: Stars of Disney’s “A Wrinkle in Time” gather for striking “Time” Magazine cover