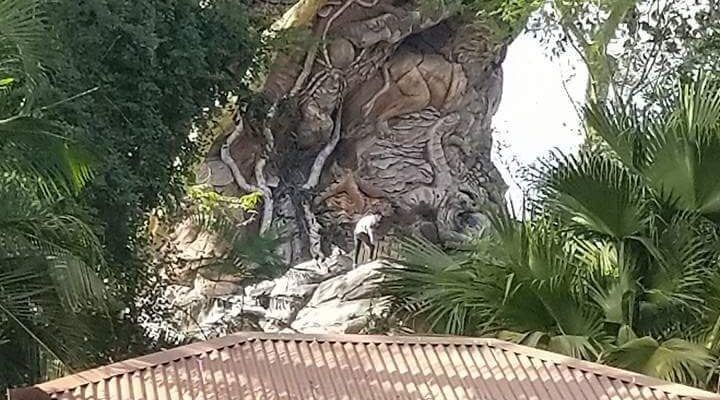 On Sunday, multiple guests at Disney’s Animal Kingdom decided to create their own attraction by climbing the Tree of Life.

A Reddit user first reported the incident with a photo showing a park guest climbing near the base of the tree. Standing 145 feet tall and 50 feet wide at the base, the Tree of Life is an imposing landmark in Disney’s Animal Kingdom. The exterior features over 300 intricately detailed animal carvings among gnarling roots and branches.

While Walt Disney World encourages guests to get a close-up look at the tree by walking the Discovery Island Trails, climbing the tree itself is not allowed.

According to the Reddit thread, the overly adventurous guests were spoken to by park security. It’s not known if they were asked to leave the park or if they were banned for life, as some are speculating.

Regardless of what happened to those park guests, it’s possible Walt Disney World will add signage to the Tree of Life kindly asking visitors to keep their feet on the ground.