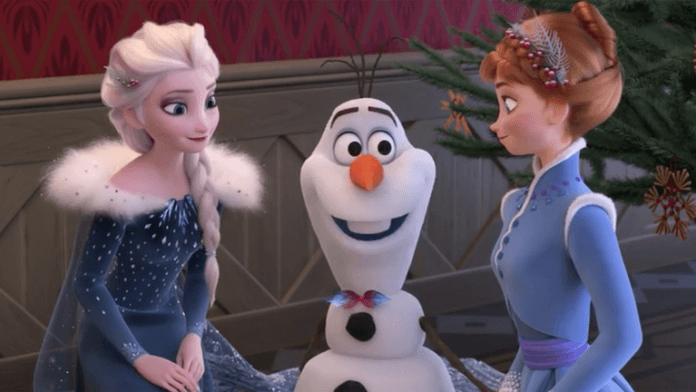 By the end of this week, “Olaf’s Frozen Adventure” will no longer be screening ahead of Disney-Pixar’s “Coco” in theaters.

Mashable reports the “Frozen” featurette, which has been met with mixed reviews, is set to end its theatrical run on Thursday, December 7. Though it seemed like a response to the film’s critical reception, Entertainment Weekly confirmed “Olaf’s Frozen Adventure” was always scheduled for a limited run.

The removal of “Olaf’s Frozen Adventure” frees up 22 minutes of screen time, and Disney has reportedly asked theaters to use the extra time to add another screening of “Coco,” if possible. The long runtime is unusual for a pre-Pixar movie short, which usually run about 10 minutes. Between trailers and the “Olaf” featurette, “Coco” typically begins around 40 minutes after the advertised start time. The follow-up to “Frozen” sees Anna and Elsa struggling to find their own holiday traditions after so many years of separation. To help, Olaf and Sven embark on a journey through Arendelle to find seasonal traditions to bring home to the castle. The short features four new songs, including “When We’re Together.”

Despite the mixed “Olaf” reviews, “Coco” has been enjoying a successful run. Reviews are generally positive, and it was recently named Best Animated Film by the New York Film Critics Circle.

If you’re curious about “Olaf’s Frozen Adventure,” you can still catch it in theaters for a few more days.