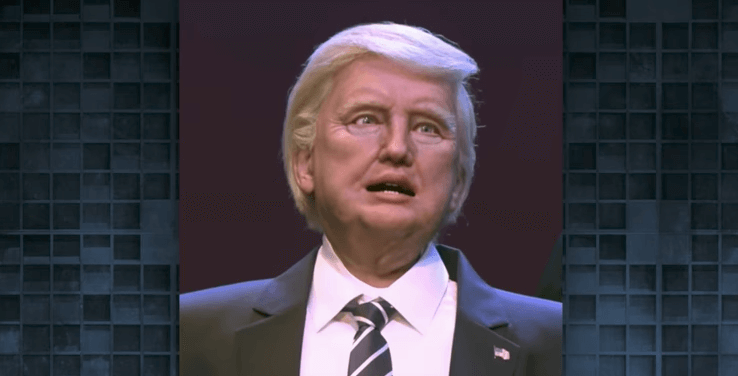 The Hall of Presidents at Walt Disney World’s Magic Kingdom reopened yesterday with the addition of an audio animatronic of President Donald Trump.

As expected, the new animatronic president has received a great deal of attention, both in the park and in the media. In fact, late night talk show hosts Jimmy Fallon and Seth Meyers included bits on the robotic Trump in the opening monologues of their respective shows.

It may be worth noting that both of these shows air on NBC and Fallon’s presence can be felt just down the road from Walt Disney World in the Race Through New York Starring Jimmy Fallon attraction at Universal Studios Florida.

The Hall of Presidents is open now at Magic Kingdom.