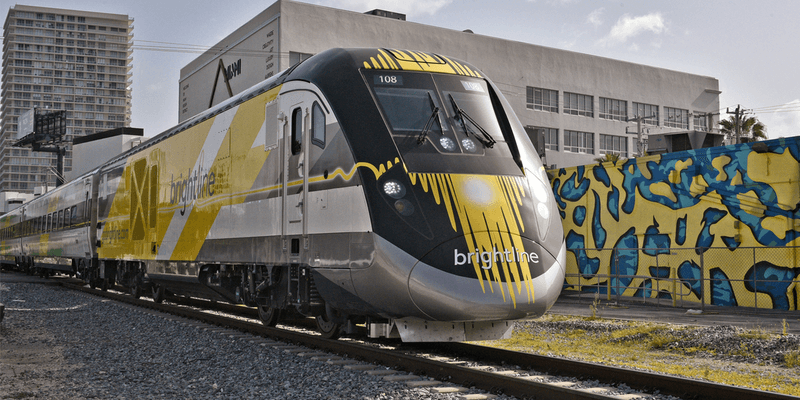 All Aboard Florida‘s Brightline train will begin test runs between West Palm Beach and Fort Lauderdale this week in preparation for the launch of passenger service later this month.

Service to Orlando is scheduled for Phase 2 of the project, though an opening date has not been announced. When the West Palm Beach – Miami route is fully operational, a one-way trip between the cities will take about 60 minutes. According to NPR, that round-trip can take up to 5 hours in a car thanks to heavy traffic on congested South Florida highways.

Once the train route reaches Orlando, South Florida residents will have a much easier way to get from Miami to Walt Disney World and Universal Orlando, covering the 235-mile journey in about 3 hours.

Comments Off on High-speed Brightline train travel arrives in Florida this month, with service to Orlando coming soon