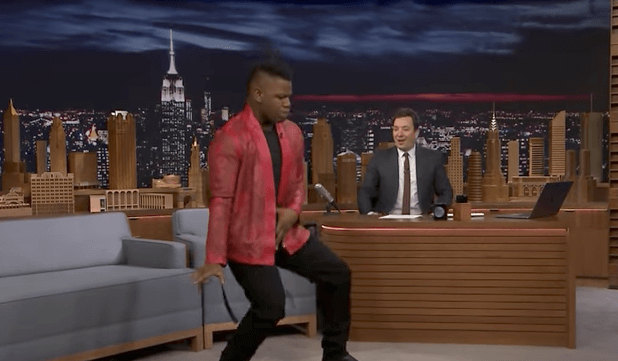 Jimmy Fallon was joined by John Boyega, star of the upcoming “Star Wars: The Last Jedi,” on The Tonight Show last night.

Boyega was there to promote his upcoming movie, the rerelease of his film “Detroit,” and to discuss his holiday plans. He was caught a bit off guard though when Fallon surprised him with a video from his “Star Wars” costar Daisy Ridley, requesting a very specific display.

You may not see any dance moves like that, but you can see Boyega and Ridley in “Star Wars: The Last Jedi” when it comes to theaters December 15.