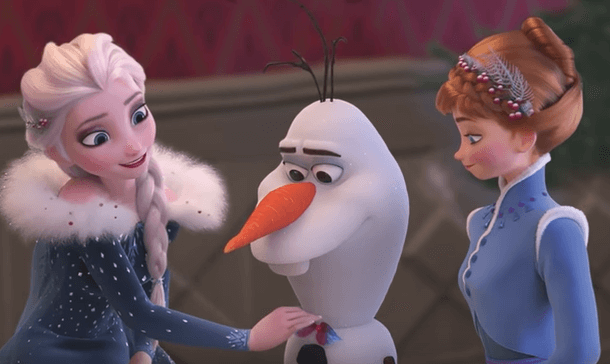 Frozen fever is back with the all new featurette “Olaf’s Frozen Adventure” set to premiere alongside Disney-Pixar’s upcoming film “Coco.”

The 21-minute short film will feature four original songs including “When We’re Together,” sung by Idina Menzel, Kristen Bell, Josh Gad and Jonathan Groff who reprise their roles as Elsa, Anna, Olaf and Kristoff respectively.

Today, Disney released a lyric video for “When We’re Together” and invites everyone to sing along to the new song.

Comments Off on VIDEO: Sing along to “When We’re Together” from “Olaf’s Frozen Adventure” with new lyric video