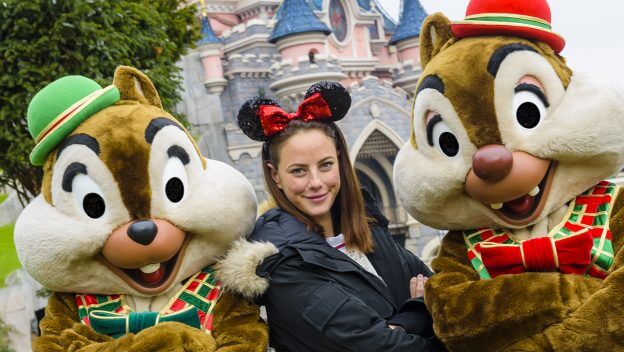 Scodelario spent some quality time with family while meeting Disney characters and riding fun attractions like Mad Hatter’s Tea Party and Big Thunder Mountain. Like many guests, Scodelario got emotional while watching the amazing fireworks show at the end of the night.

A camera crew tagged along to capture some of the most magical moments, which you can see in the video below.

Unlike Johnny Depp, Scodelario didn’t make an appearance in character on the Pirates of the Caribbean attraction. Back in April, Depp surprised guests at Disneyland by appearing on the ride as Captain Jack Sparrow. Take a look at that moment in our video below.