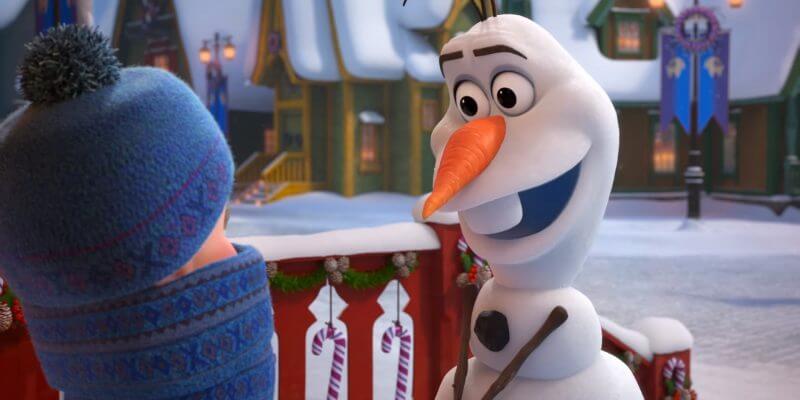 For those who can’t get enough “Frozen” (and especially its lovable snowman sidekick Olaf), Disney is about to release a 22-minute holiday-themed special animated short set in the world of Arendelle. “Olaf’s Frozen Adventure” will be attached to the new Pixar feature “Coco” in theaters just in time for Thanksgiving.

In a new clip of the featurette unveiled today by Disney, Olaf and his “associate” Sven go door-to-door in Arendelle to find out about local families’ holiday traditions. It all builds up to Olaf’s jaunty musical number “That Time of Year,” which was previewed at D23 Expo 2017 with voice star Josh Gad.

Sure to be the perfect way to tide over “Frozen” fans until the official sequel comes along, “Olaf’s Frozen Adventure” opens with Disney-Pixar’s “Coco” on Wednesday, November 22nd in theaters nationwide.