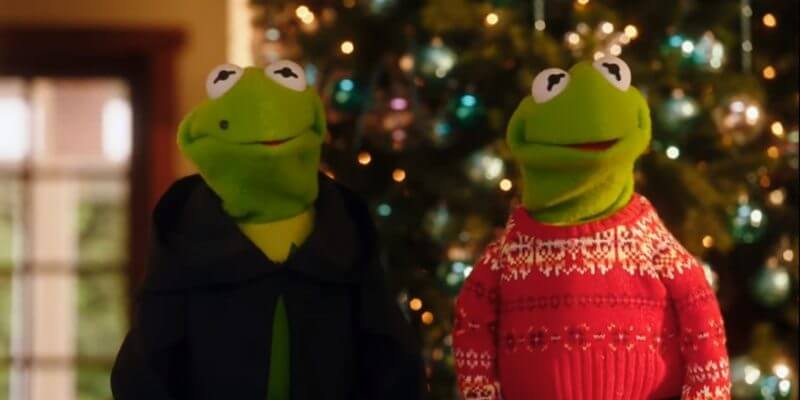 Three years ago, fans of The Muppets were introduced to a new villain in the movie “Muppets Most Wanted”— the devious Constantine, an uncanny doppelganger for Kermit the Frog (though his Kermit impression could use a little work). Since then, we haven’t heard from Constantine. He didn’t show up in the short-lived 2015 ABC sitcom “The Muppets,” so we assumed he was still incarcerated in that Russian gulag being watched over by Tina Fey.

Now, however, it appears that Constantine has been freed from his prison and is visiting Kermit for Christmas, as the two appeared side-by-side on the NBC holiday special “A Very Pentatonix Christmas.” I suppose forgiveness is one of the reasons for the season.


Interestingly, since the last time we saw Constantine, his performer Matt Vogel has now taken over the role of Kermit the Frog as well. So both Muppet parts in the above video are being played by the same Muppeteer.

“A Very Pentatonix Christmas” stars the popular Grammy-winning a cappella group Pentatonix, and can be viewed in its entirety for free on NBC’s official website.