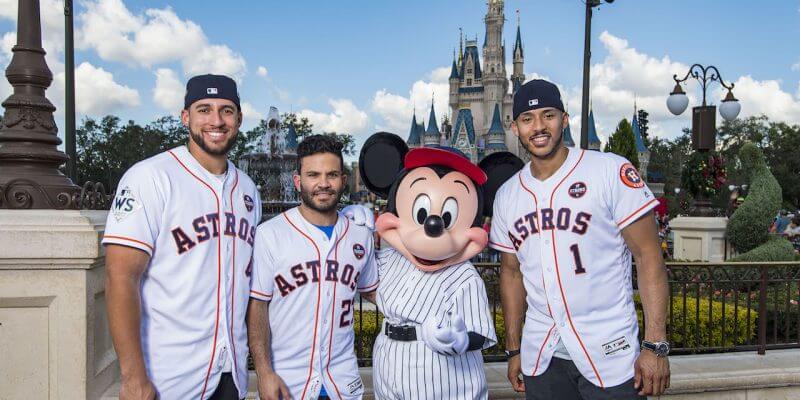 The Houston Astros celebrated their first World Series title in the team’s 56-year history with a colorful parade at Magic Kingdom on Saturday, November 4.

After the parade, the players joined Mickey and friends to pose for photos in front of Cinderella Castle.

“It’s been an amazing day,” said Astros shortstop Carlos Correa. “I feel like a kid all over again getting to go to Disney World and spending time with all of these people here who are supporting us and celebrating the (World Series) championship with us. I will never forget the people cheering and crying during the parade. It was the best thing ever and a memory I will never forget.”

The Houston Astros’ appearance continues the tradition of celebrating great achievements in sports and entertainment at Disney Parks. Since 1987, a star-studded lineup of sports heroes from Super Bowls, NBA Championships, Olympic Games, Stanley Cup championships, and more have celebrated by “Going to Disney World!”