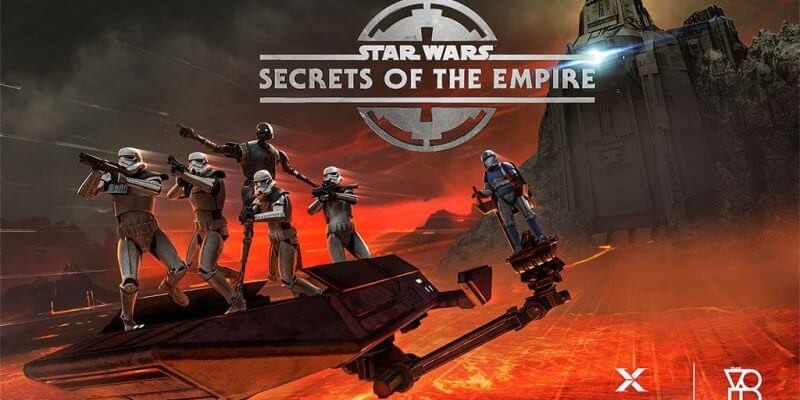 “Star Wars: The Last Jedi” isn’t the only highly-anticipated piece of Star Wars media premiering this holiday season. At Disney Springs in Walt Disney World and Downtown Disney District at Disneyland Resort, The VOID will be unveiling its state-of-the-art “Star Wars: Secrets of the Empire” virtual reality experience. And now fans in London have the same immersive adventure to look forward to.

Today on its official Twitter feed, the Lucasfilm-owned ILMxLAB tech developer announced a pop-up location of The VOID Experience Center in the Shepherd’s Bush area of London, which will offer a “Star Wars: Secrets of the Empire” interactive undertaking identical to what participants will undertake here in the states.

Meanwhile, select members of the press (such as The Verge’s Bryan Bishop) have already gone through “Secrets of the Empire” at Walt Disney Imagineering’s Glendale headquarters, and they’ve reported back with more details about what players can expect.

For example, we now know that guests are enlisted on a covert mission with the Rebel Alliance via operatives Cassian Andor and K-2SO (Diego Luna and Alan Tudyk, both reprising their roles from 2016’s “Rogue One: A Star Wars Story.” A group of four will go undercover as Imperial Stormtroopers and are tasked with infiltrating a base on the lava planet of Mustafar.

The entire experience (including pre-show briefing) runs about thirty minutes and guides guests through a physical maze while they wear VR headsets, haptic vests that simulate blaster fire impact, and hold classic Stormtrooper rifles as they shoot their way through the Empire’s notoriously-incompetent forces.

As I noted when I took part in The Void’s “Ghostbusters: Dimension” during a recent technology demonstration day in Glendale, the most interesting part of what the company offers is the ability to move through physical space and interact with tactile environments, all while wearing virtual-reality gear. The combination of the real and the simulated makes for a wholly convincing absorption into the fantasy environment that serves as the setting for the story. “Star Wars: Secrets of the Empire” opens in London and Walt Disney World on Saturday, December 16th, with the Disneyland Resort location set to follow on Friday, January 5th. Be sure to visit the company’s official website for more information.

Comments Off on “Star Wars: Secrets of the Empire” VR experience announced for London, more details revealed for Disney Resorts