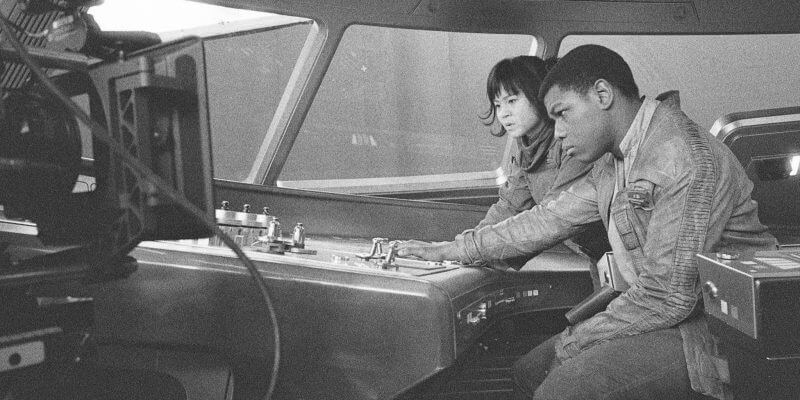 During a Facebook Q&A session this week, “Star Wars: The Last Jedi” writer/director Rian Johnson shared some cool new black-and-white images taken on the set of the highly-anticipated new movie.

The images feature Mark Hamill, John Boyega, Kelly Marie Tran, and Gwendoline Christie. Without giving away too much detail, Johnson spoke a bit about each photo. He praised Tran’s performance as newcomer Rose and shared that Gwendoline Christie, who plays Captain Phasma, is really a sweet, goofy nerd under all that imposing gear.

Scroll through for a look at the three new “Star Wars: The Last Jedi” images. You can watch Rian Johnson’s full Q&A session in the video below.