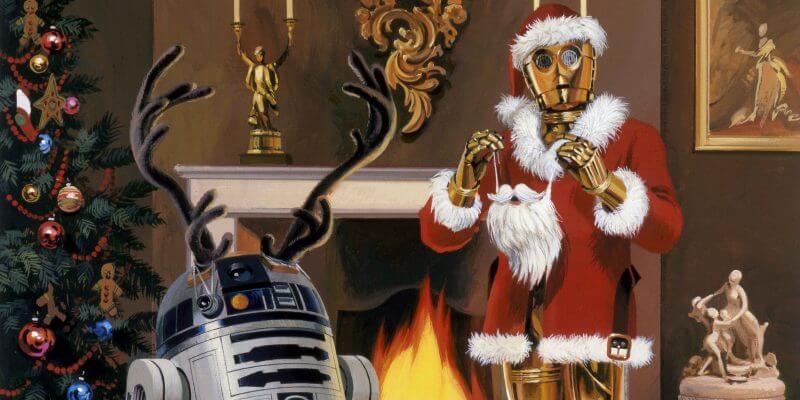 Ah, the holiday season… known for festive lights, tasty treats, and (for the past few years, anyway) a brand-new Star Wars movie. What better time to give the Star Wars fanatic in your life something nice from a Galaxy Far, Far Away?

Below, I’ve compiled a list of five high-quality items from everyone’s favorite space fantasy. Any of these gifts (all of which come in at affordable prices) would make perfect Christmas surprises for those who can’t take their minds off the ongoing adventures of Luke Skywalker and friends. There’s only a short time left to celebrate four decades of Star Wars, and Crosley’s Deluxe Portable 3-Speed Turntable captures all the excitement in audio form. Looking to get back into collecting vinyl? This is an ideal first step into a larger world. Doctor Aphra is the best and most popular new character created in the current run of Marvel Star Wars comic books. She was introduced as Darth Vader’s errand girl, but think of her more as Indiana Jones in space. This volume collects the first six issues of Aphra’s solo series.

Depicting one of the coolest new vehicles set to debut in “Star Wars: The Last Jedi” next month, this buildable replica from LEGO features eight independently-moving legs and four minifigures so kids can reenact the battle of Crait after seeing the movie. Looking to represent the forces of evil at family gatherings this year? Search no further than this classy Empire-themed Star Wars shirt. AT-AT Walkers, Star Destroyers, and TIE Fighters assemble to create an intriguing upside-down pattern suitable for General Veers himself. We may not get to see Lando pop up in Episode VIII, but that doesn’t mean you can’t add him to your collection of highly-detailed Black Series Star Wars action figures from Hasbro. This scoundrel comes with a blaster and a comlink. His cape (not pictured) is also included.

Here’s wishing you and yours a safe and happy holiday season, and hoping that you enjoy “Star Wars: The Last Jedi” when it hits theaters nationwide on Friday, December 15th.

Comments Off on Star Wars holiday gift guide: five Force-friendly items for The Last Jedi in your life