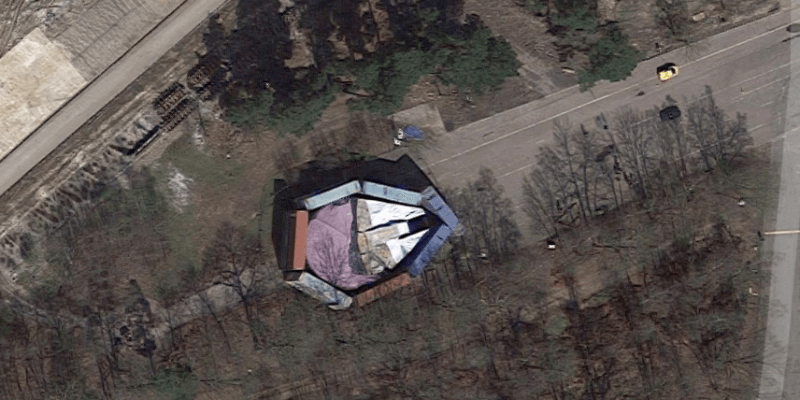 Google Maps has captured some surprisingly candid moments over the years, but this time their satellites caught an iconic “Star Wars” ship.

Google Maps offers satellite images of locations throughout the world and Kevin Beaumont spotted something interesting when looking at Longcross Studios, about 25 miles west of London. The Millennium Falcon, surrounded by shipping containers, was hanging out near the film and TV production studio.

Since Google Maps images are usually one to three years old, the ship was most likely there for the filming of “The Last Jedi” at Longcross. “The Force Awakens” was filmed at another UK location, Pinewood Studios in Buckinghamshire.

The botched attempt at secrecy has prompted a long and funny thread on Reddit, which you can read here.

Luckily, nobody managed to run off with the Millennium Falcon and it appears in “Star Wars: The Last Jedi,” which hits theaters on December 15.

Comments Off on PHOTO: Millennium Falcon hiding spot ends up on Google Maps during “Star Wars: The Last Jedi” filming