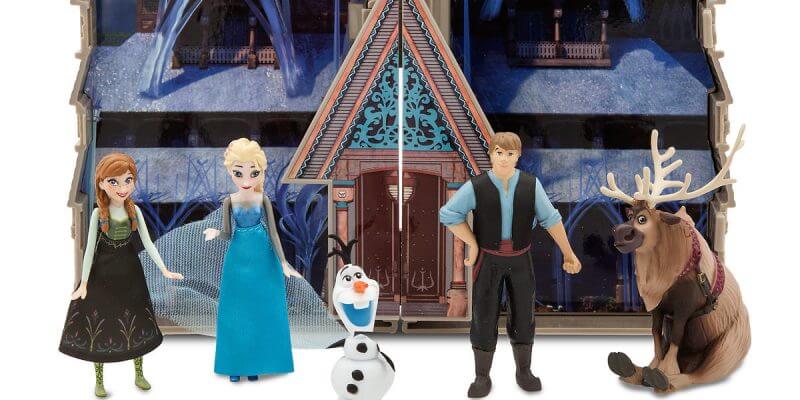 shopDisney has a massive selection of Disney, Pixar, Star Wars, Marvel, and Disney Parks merchandise and new items are added every day. We’ve collected a few of the hottest items that just arrived at the shopDisney store and these 5 Disney Figure Play Sets will bring young Disney fans’ imaginations to life. Take your imagination to a whole new world or recreate a tale as old as time with this Disney Princess Play Set ($10.00). Jasmine, Rapunzel, Belle, Merida, Pocahontas and Ariel are all included in this royal set. You’ve got a friend in this Toy Story Play Set ($10.00). Recreate your favorite scenes from the iconic series and take your adventures to infinity and beyond with Woody, Buzz, Jessie, Bullseye, Rex and Lots-o’. Hero up with this Avengers Play Set ($10.00). Assemble this team of heroes that includes Iron Man, War Machine, Black Widow, Black Panther and the Vision along with the villainous Crossbones. For the first time in forever, you can recreate your favorite Frozen scenes with this Frozen Castle Play Set ($20.00). The set includes Arendelle’s royal castle as well as figures of Anna, Elsa, Kristoff, Olaf and Sven.

Comments Off on New on shopDisney (11/15/17): 5 Disney Play Sets for some Extra Magical Fun