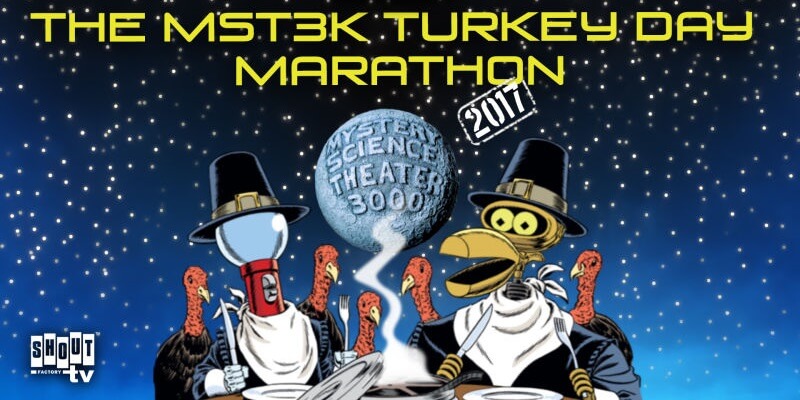 We’ve got movie sign once more this Thanksgiving as the “Mystery Science Theater 3000” Turkey Day Marathon returns with another batch of cheesy movies from the “MST3K” vault.

The Turkey Day Marathon dates back to 1991, during the early days of the Satellite of Love on basic cable network Comedy Central. In recent years it was revived by home video distributor Shout! Factory, featuring the show’s original host Joel Hodgson alongside a variety of guests, and of course appearances by those wisecracking puppets Tom Servo and Crow.

This year is an especially celebratory one for “MST3K,” as the series returned with new host Jonah Ray on Netflix.

All day long on Thanksgiving day, MSTies can tune in to Shout! Factory’s official website to watch Joel, Jonah, costar Felicia Day, and six episodes of “Mystery Science Theater 3000” from (presumably) all three eras of the cult classic comedy. What do you think, sirs?