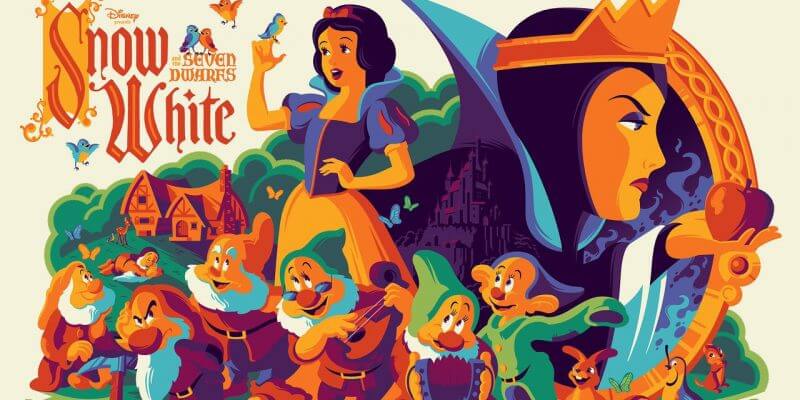 MondoCon is returning to Austin, Texas from November 4 – 5 and some gorgeous artwork and collectibles have been revealed ahead of the pop culture convention.

Among the coveted posters, there’s this “Snow White and the Seven Dwarfs” piece by Tom Whalen. Next up, “Justice League” art from Lee Bermejo. In the world of vinyl, MondoCon has an exclusive release of the soundtrack to Disney-Pixar’s “Ratatouille” with beautiful artwork by Nicole Gustafsson. Finally, a few more fun posters were revealed including this “Jaws 2” piece from Laurent Durieux and “Hot Fuzz” art from Rich Kelly. For a look at more artwork and collectibles headed to MondoCon 2017, visit the /film website.

MondoCon 2017 is sold out, but according to the website, there will be a limited number of walk-up tickets for Sunday.

Comments Off on Mondo reveals new posters, vinyl for Disney, DC Comics and more ahead of MondoCon 2017