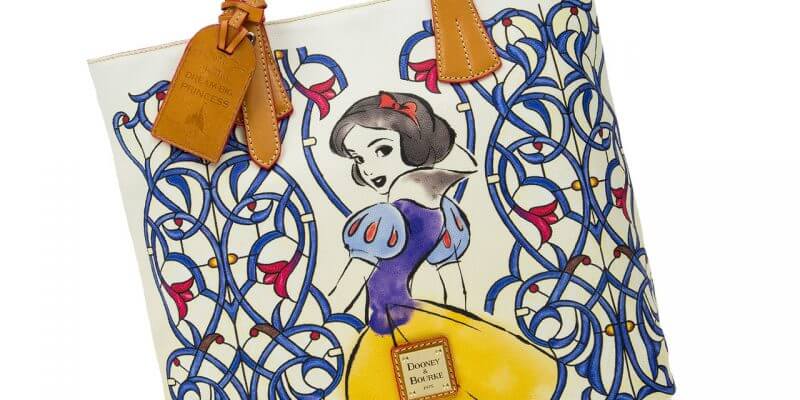 This year marks the 80th anniversary of the release of Disney’s original animated classic “Snow White and the Seven Dwarfs.” To celebrate this milestone, Dooney & Bourke is adding a new design to their Dream Big, Princess handbag collection, dedicated to the fairest of them all.

The new bags will first be found at Uptown Jewelers in Magic Kingdom at Walt Disney World on September 30. This new pattern can be found on three different bag types: a tote, a crossbody and a satchel. The design features the recognizable red, yellow and blue tones that are typically associated with Snow White. In fact, a lot of thought went into the colors of the pattern.

“Since rubies are usually associated with 80th anniversaries, we emphasized the color red,” said Paola Gutierrez, Senior Graphic Designer with Disney Consumer Products and Interactive Media Creative Group. “This is best seen with the red trim accents on each handbag, and with the iconic red apple incorporated throughout the design.” During the release event at Uptown Jeweler on September 30, guests will receive a special gift with their purchase. These bags will become available in more locations in Walt Disney World and Disneyland, as well as ShopDisney.com at a later date.