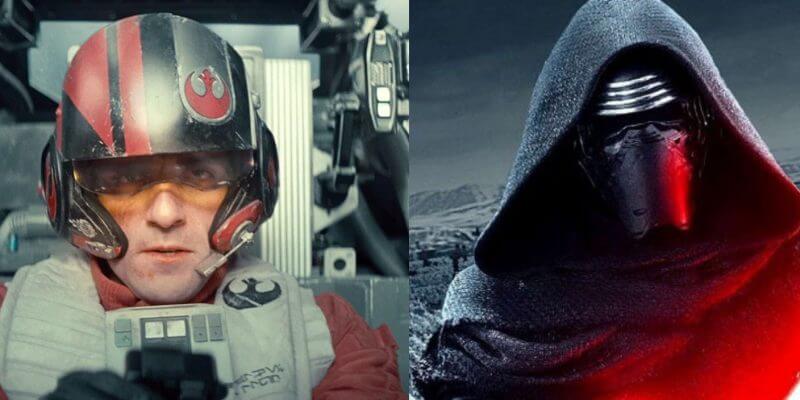 While we’ve known since this past April’s Star Wars Celebration 2017 that the Star Tours – The Adventures Continue attraction at Disney’s theme parks would be getting another update with new content from the latest film in the series “Star Wars: The Last Jedi,” until this week we weren’t quite aware just how much fresh material would be inserted into the ride.

On Tuesday we heard about a thus-far undisclosed second location from the upcoming movie– in addition to the already-announced planet Crait– becoming a Star Tours destination, and now Disney has updated its official website with further information: both popular characters Kylo Ren (played by actor Adam Driver) and Poe Dameron (Oscar Isaac) will be popping up in the attraction starting tomorrow. 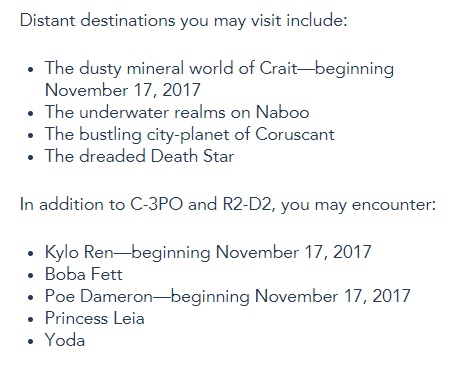 From the description above, it seems as though Kylo Ren may appear in the hologram sequence that bridges the gap between locations on the beloved ride– joining the existing Yoda and Princess Leia– though it seems likely that Poe Dameron will pop up during the Crait battle sequence, in a similar manner to how Finn joins the action when guests visit Jakku from “Star Wars: The Force Awakens.”