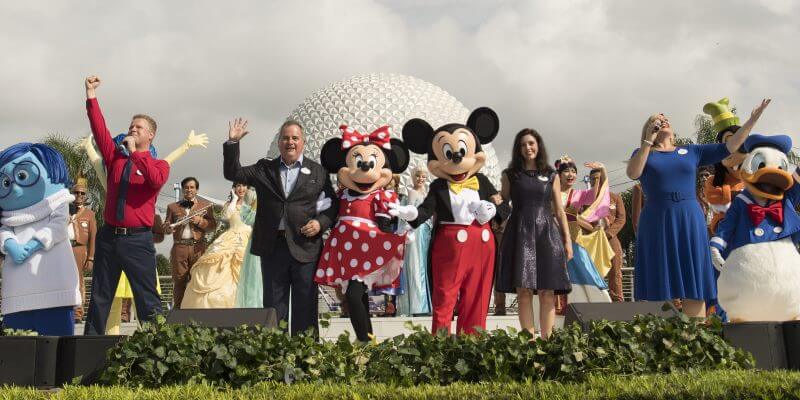 The festivities have begun as Epcot has kicked off its 35th anniversary with a special opening celebration and merchandise!

The event started with the vice president of Epcot, Melissa Valiquette. Valiquette took the time to thank all of the cast members who had worked at the park for the last 35 years. Valiquette also went on to discuss the Epcot’s Food & Wine Festival’s impact on the park. Next to take the stage was president of the Walt Disney World resort George Kalogridis. Kalogridis discussed the coming attractions to Epcot, including Ratatouille and Guardians of the Galaxy. Kalogridis then went on to close the show by introducing a special performance by The Voices of Liberty. A piece of the celebration that guests can bring home is the exclusive 35th Anniversary merchandise. Today, Epcot made available the “I Was There” collection, which is a series of T-shirts, a hat and key chains for fans to have as keepsakes from the anniversary event. Figment has been a staple at the theme park for years and to celebrate the 35th anniversary he has been placed on the majority of the exclusive merchandise. All of these items will be available for guests to pick up at a pop-up shop located just past the Art of Disney location in Future World. To finish off the day, Disney added a special finale to the nightly Epcot fireworks show, Illuminations: Reflections of Earth, paying tribute to the park’s history.